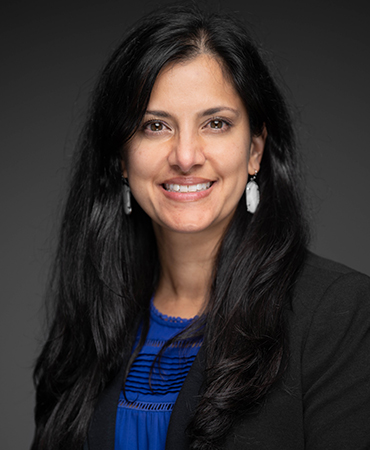 Suma B. Hoffman M.D., MS, is an attending physician in the Division of Neonatology at Children’s National Hospital and an Associate Professor of Pediatrics at the George Washington University School of Medicine & Health Sciences. Dr. Hoffman earned both her undergraduate degree, BS, in Public Health, Nutrition (2002), and medical degree, M.D., (2006) from the University of North Carolina at Chapel Hill. She then went on to complete pediatric residency in 2009 and a perinatal-neonatal fellowship in 2012 at Children's National. She obtained a Master of Science in Epidemiology and Preventative Medicine with a focus in clinical research during her time at the University of Maryland where she worked as an attending neonatologist from 2012 to 2020.

Dr. Hoffman’s research interests in neonatal medicine began early in her training, when she built a strong foundation in clinical research, focusing on critically ill infants requiring extracorporeal membrane oxygenation and therapeutic hypothermia. More recently, her interests involve evaluating hemodynamic status and cerebral autoregulation in neonates and their relationship to short-term and long-term outcomes in this vulnerable population. She has utilized Near-Infrared Spectroscopy to non-invasively measure regional tissue perfusion in these newborns in relation to their blood pressure and medication exposure. She also maintains an active interest in simulation and education.