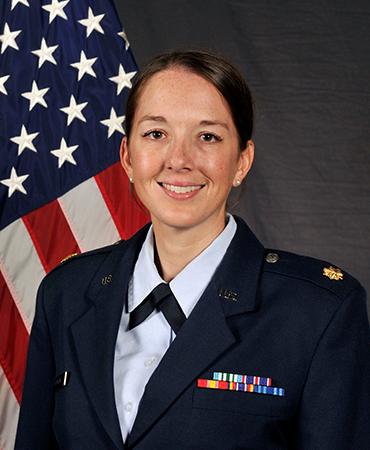 Katherine M. Ottolini, M.D., is an attending neonatologist at Children’s National Hospital and has collaborated with the Developing Brain Institute (DBI) on research since 2018. Dr. Ottolini first became interested in neonatal nutrition while working as a pediatric resident at the Walter Reed National Military Medical Center in Bethesda, Maryland. Under the mentorship of Dr. Catherine Limperopoulos as a Neonatal-Perinatal Fellow at Children’s National, she utilized advanced magnetic resonance imaging (MRI) techniques to investigate the effects on early nutrition on the preterm developing brain, including the impact of macronutrients and breast milk intake. Dr. Ottolini continued to work with DBI remotely for four years while serving in the U.S. Air Force as a neonatologist based in Okinawa, Japan. Since returning to DBI at Children’s National in September 2022, she remains focused on using advanced MRI techniques to evaluate the effects of early nutritional interventions on preterm brain development, with the aim of optimizing growth and neurodevelopmental outcomes for this vulnerable population.